The Oresteian Trilogy: Agamemnon; The Choephori; The Eumenides (Penguin Classics) 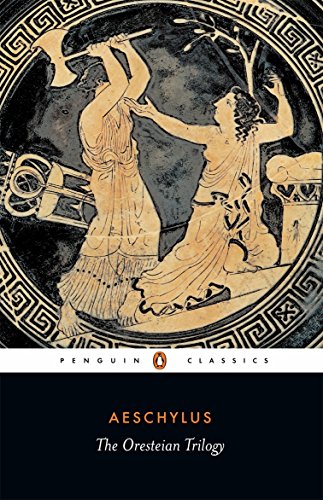 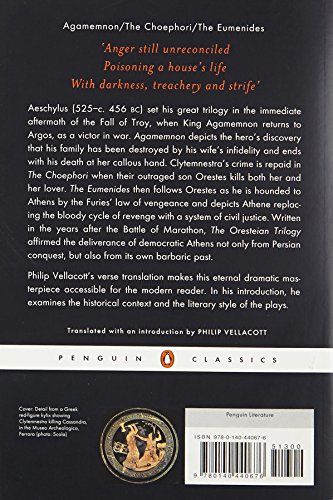 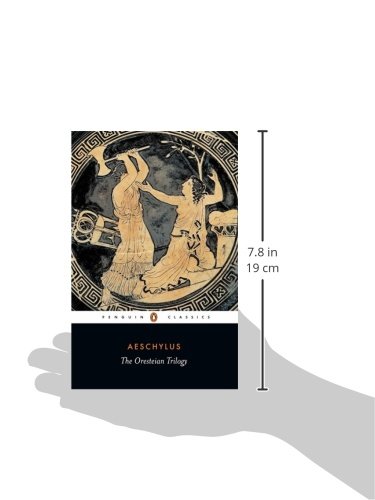 The only surviving trilogy from ancient times – a story of murder, madness and justice

Aeschylus (525-c.456 bc) set his great trilogy in the immediate aftermath of the Fall of Troy, when King Agamemnon returns to Argos, a victor in war. Agamemnon depicts the hero’s discovery that his family has been destroyed by his wife’s infidelity and ends with his death at her callous hand. Clytemnestra’s crime is repaid in The Choephori when her outraged son Orestes kills both her and her lover. The Eumenides then follows Orestes as he is hounded to Athens by the Furies’ law of vengeance and depicts Athene replacing the bloody cycle of revenge with a system of civil justice. Written in the years after the Battle of Marathon, The Oresteian Trilogy affirmed the deliverance of democratic Athens not only from Persian conquest, but also from its own barbaric past.

For more than seventy years, Penguin has been the leading publisher of classic literature in the English-speaking world. With more than 1,700 titles, Penguin Classics represents a global bookshelf of the best works throughout history and across genres and disciplines. Readers trust the series to provide authoritative texts enhanced by introductions and notes by distinguished scholars and contemporary authors, as well as up-to-date translations by award-winning translators.