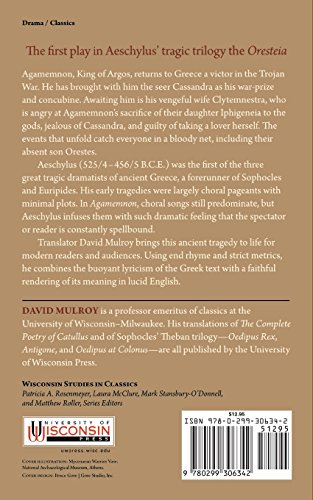 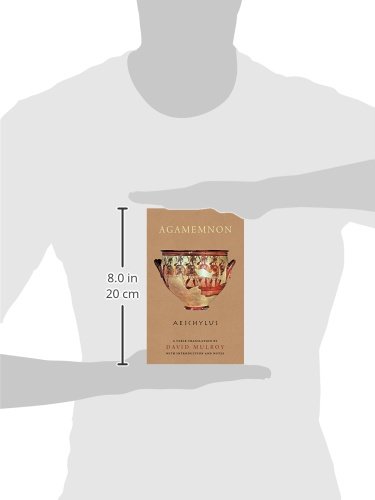 Agamemnon, King of Argos, returns to Greece a victor in the Trojan War. He has brought with him the seer Cassandra as his war-prize and concubine. Awaiting him is his vengeful wife Clytemnestra, who is angry at Agamemnon’s sacrifice of their daughter Iphigeneia to the gods, jealous of Cassandra, and guilty of taking a lover herself. The events that unfold catch everyone in a bloody net, including their absent son Orestes.

Aeschylus (525/4–456/5 B.C.E.) was the first of the three great tragic dramatists of ancient Greece, a forerunner of Sophocles and Euripides. His early tragedies were largely choral pageants with minimal plots. In Agamemnon, choral songs still predominate, but Aeschylus infuses them with such dramatic feeling that the spectator or reader is constantly spellbound.

Translator David Mulroy brings this ancient tragedy to life for modern readers and audiences. Using end rhyme and strict metrics, he combines the buoyant lyricism of the Greek text with a faithful rendering of its meaning in lucid English.